Pentecostals enjoy experience and their newest form is astral travel and visualization both components of the New Age movement. It would seem that the Pentecostal faith doesn’t care who it mingles with as long as their experience is enhanced. The Bible says, I do not want you to have fellowship with demons. But as long as their experience is enhanced, Pentecostals don’t seem to care what they do. The spirit expressly says that in the latter days some will depart from the faith giving heed to seducing spirits and doctrines of devils and that is found in 1st Timothy 4:1. Seducing spirits are leading Pentecostals into the den of sorcery. Their name it claim it philosophy is very much like visualization. I’m only afraid to ask, what’s next? Have they really moved all that far from Phineas T Quimby’s mesmerism? They remain products of the new thought movement.

The One Catholic gambit

has always been you can’t go wrong on Aramaic except where abracadabra has been, for it was there first. There is no connection to the rock Peter except by speculation and definitely no comparison to the RCC.  In truth, it should have been called the Abracadabra Roman Catholic Church.  In that way you don’t need the  Catholic Canon. Or the Catechism or anything else. You have the ever so trusty Abracadabric Aramaic to see you through. What a friend!

The thump you just heard was Kent falling down when he heard  that abracadabra PRECEDES transubstantiation  one century making the ABRACADABRA Church equal in origin to the RCC. An ancient amulet in the form of the trinity speaks to healing.

On the other hand, transubstantiation speaks to some meaning of the wafer and wine being transferable to the actual flesh and blood of Christ. 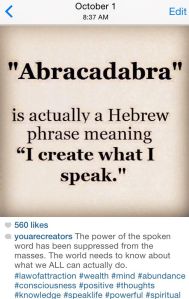 Even priests do not understand what they are doing. Yet if they use any mystical incantation they are drawing on something they cannot explain. If they follow abracadabra, they speak into existence the very things of John 6.  I create what I speak. Pentecostals do that with Name it, Claim it. The Restored Church of God for apostolic succession. Without the word of transfer. It makes everything appear contrived.

DO words really have meanings?  OF course they do. 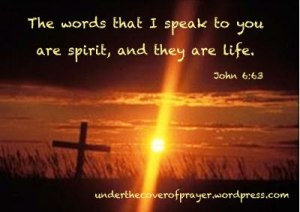 Yet words that are found in spirit and in truth. Do you recall the people worshipping to the tomb of the unknown God? THE ONE YOU WORSHIP WITHOUT KNOWING, HIM I PROCLAIM TO YOU. But Catholics have no idea what they are practicing and they admit that. The one you worship WITHOUT KNOWING. MYSTISISM! Bang the drum slowly.

I have a video for you today about a human trinity of abomination that is growing by the day. Examine this Video carefully and learn of dangerous practices of these unholy three. Here we go again! 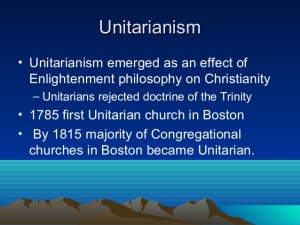 The patriarch of Christadelphians are the Unitarians with sprinkles of transcendentalism and mysticism mixed in. It is not a great place to be theologically wise. 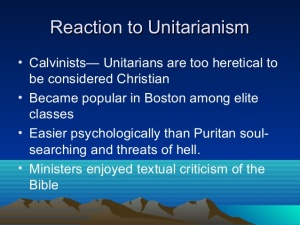 Unitarians believe that Jesus Christ was a man and not God. Christadelphians also do not believe that Jesus is God. How did they explain Isaiah 9:6 where Jesus is called The Mighty God Everlasting father? As such, neither group belongs in the body of Christ. Neither adheres to the doctrine of Christ and as 2nd John 9 says, whoever transgresses and does not abide in the doctrine of Christ does not have God. Pure and simple! So all the smoke and mirrors that Christadelphians and Unitarians produce is actually worth nothing for without Christ you can do nothing.

Unitarians and Christadelphians are the resources of Satan as in John 8:44. They may need our prayers and the unction of the Holy Spirit which both groups deny.

Oprah not only believes this but on her own network endorses and teaches A Course in Miracles along with Marianne Williamson. Both women are in the the New Age movement. I have this video today of Oprah Winfrey. the Oprah Bible In this video, TD Jakes also believe there’s more than one path to God. 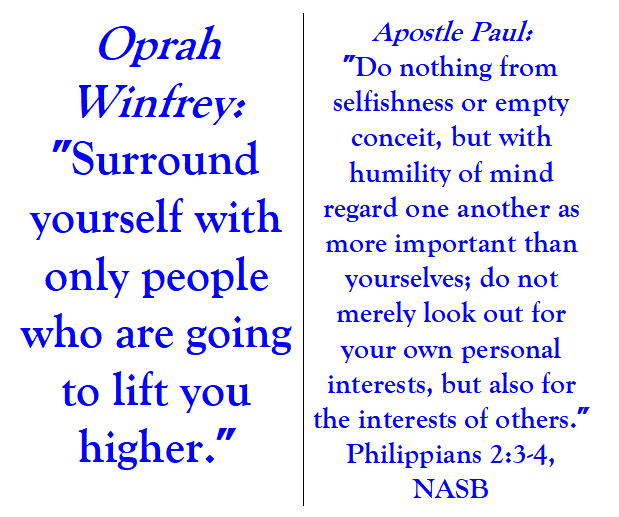 To what you call God? Whosoever transgresses and does not abide in the doctrine of Christ does not have God and that is from 2nd John 9. What does that have to say about Oprah Winfrey and her Eternal course?

The spirit expressly says that in latter times some will depart for the faith giving heed to seducing spirits and doctrines of devils from 1st Timothy 4:1. Oprah herself has said she has spirits that talk to her. Those are familiar spirits that have seduced her. She is no less than a medium and mediums are rare in heaven but in hell they will be well done.

By her own admission Oprah teaches many paths to God in opposition to Bible truth and The Great Deceiver Satan controls Oprah Winfrey leading many to hell with her. Follow her not!

dThe Catholics never handle the word of truth correctly. The current Pope has changed one of the words of Jesus’s to add more clarity to it. They also have their own order of the 10 Commandments. So right off the bat they are adding or subtracting words.

Injecting personal opinion changes to private interpretation. This is one of the Catholics favorite taboos which they charge everyone but themselves with. With all the communion verses they add the transformational items to the elements all the while that the elements never change physically or in taste. In truth it is called the abracadabra effect. Their interpretation is the only one that counts. Sounds like Diotrephes in 3rd John who loved to have the preeminence. And who in Rome carries the title eminence? The word says do not imitate what is evil. Case closed.

Injecting a figurative meaning covers the seven sacraments. If the Bible doesn’t cover it, don’t worry. The Catholics are standing by with their own definitions for practically everything including Peter and Mary. While Catholics claim the Bible is infallible they don’t really mean that.

Taking a passage out of context is what the Catholics do most. They reject who the scriptures were specifically written to, the audience in question. They don’t comprehend the body of Christ and somewhere they have made themselves spiritual Israel. God has an everlasting covenant with Israel and as Romans 11:25 clearly shows that blindness IN PART has happened to Israel until the fullness of the Gentiles has come in and THEN all Israel will be saved.

Yes, the RCC has made up their own religion with their own false apostles who have transformed themselves into apostles of Christ. And no wonder! For Satan himself transforms himself into an angel of light. Hmmm? Satan is the transformer of the Eucharist elements? Shazam! 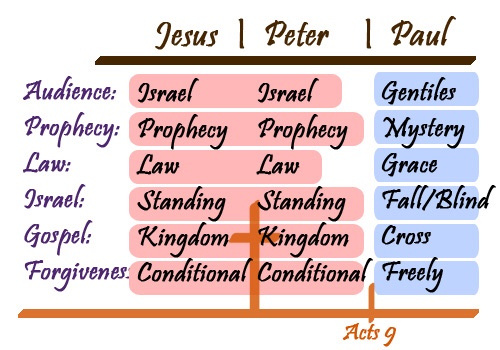 There are new religious movements coming almost every week from all over the world each with their own perspective. It’s very annoying. 1st Corinthians 15:1-4 provides the believer with the gospel that saves so why do we need all these artificial means? Body Thetans belongs to Scientology, Wiccans, and the New Age Movement and I’m not sure who or what they belong? These kinds of groups add nothing to the body of Christ. When you were younger do you recall the concept of cooties? That’s what Body Thetans are and if you want to know more about them check out our category Scientology. In schools today the Bible is outlawed but you can find a book about Wiccans casting spells. The world has gone topsy-turvy. What’s next? You’ll find out soon.

Catholic Jesuit astronomers believe that there is life out there in the galaxies. With the dwindling number of new priests to be found They’ll need recruits especially with the bonanza of new members approaching. With Mormons asking Scouting to leave their buildings, Roman Catholics are smacking Their lips with what’s coming their way.

They must have a prudent plan

in place to handle the incoming youth all the while making sure that their ongoing sexual molestation problem doesn’t get out of hand again. Some of those Mormon troops are not fully Mormon and new kids means new adults as well.

With their beliefs in Mysticism Catholics will find this to be a good fit. So they will need new priests. Can you hear that talk in the wilderness now? Space, the final frontier. These are the times of the RCC, who love to redefine concepts and words, who enjoy having young boys in their midst. To boldly go where no church has gone before!

John Arnott started all this in Canada and naturally it has spread into all Pentecostal and Vineyard fellowships possible. Doyle Davidson out of Texas, preaches drunk and cusses his flock from the pulpit. And then there’s the Hyper Pentecostals where it gets even crazier. 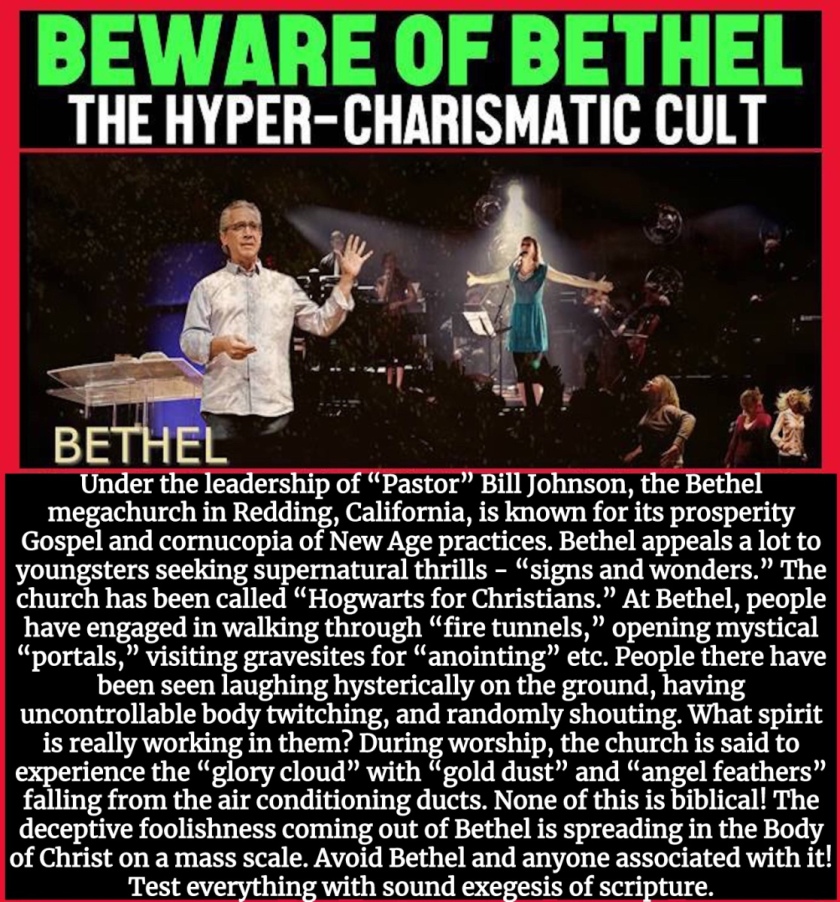 It is Here where soaking began. Johnson’s wife lies on a dead ministers actual grave to soak up his spiritual energy. They are more into the New Age Movement than the gospel of Jesus Christ. This is what happens when any church goes away from the Bible into anything else! 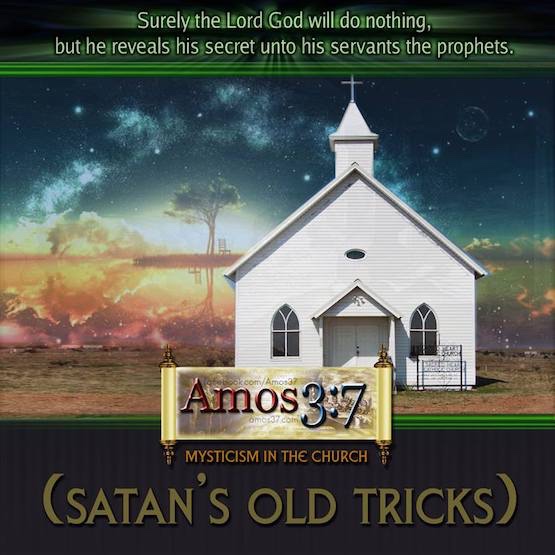 Please take notice who’s behind Mysticism which the RCC is heavily into. If you’ll recall Mysticism means experience and experience is the pagan counterpart of prophecy. For example you can find all about the RCC transforming themselves into Israel. But the Bible is silent on that abomination so where do the Catholics go to verify it? The catechism! Man came up with that one. So are one on one visions.

Most of these visions are of, you guessed it, Mary. With all the worship and devotion, why not have women priests? Another experience is lighting candles. The wax industry adores Catholics.

Is she referring to Atlantis when she says in the ocean? I might have a faster way and that is to contact the JLA and have them get in touch with Aquaman for you. Last I heard was that he was King of Atlantis.

To Be on solid ground, take a pass on Mysticism even though your hierarchy loves it. But then are they smarter than a fifth grader?

All of a sudden everywhere you look Mysticism is there. Buddhists and Hindus always have had it, Catholics have used it for centuries, and now it is creeping into the denominations across the lands. What is Mysticism?

Mysticism boils down to one word, experience. In the Old Testament it is said that Laban learned by experience. In Hebrew the word experience means the pagan parallel of prophecy. Today you find Pentecostal churches claiming to learn By experience. 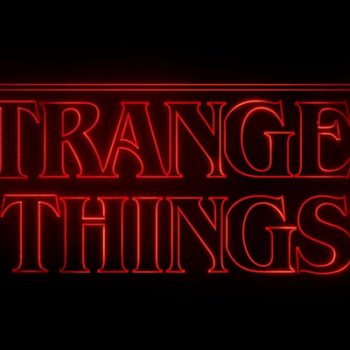 I will focus on the Catholics in part two.

Welcome to Catholicism Land, I am your host, Abra Kadabra. Mysticism is my game through the Roman Catholic Church and mesmerism one of my key tricks.

For example, the RCC did not start in 33 AD as there is absolutely no mention of it in all of scripture. It is a carpetbagger religion picking up bits of perversion here and there through out all of history. A better start date around the time of Augustine.

Catholicism is not the church.

They don’t submit to Jesus but they do to that beaded contraption the Rosary. Mesmerism.

If you want to sample the RCC Mary check out Jeremiah 7 & 44 for their Queen of Heaven. When Jesus was with his disciples he was made known that Mary wanted to see him.

Turning to his disciples, Jesus said, YOU ARE MY MOTHER, MY SISTERS, AND MY BROTHERS. For all we know, Simon the Zealot May have been his spiritual mother?

Nothing In Peters demeanor was pope like. Again, one of my few tricks under my sleeves. In the Bible, Peter never mentioned Mary but the rest of the Popes fawn over her like an idol. I will return soon with more magical moments with the RCC. I bid you farewell.