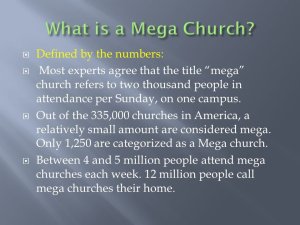 You just had to ask those Mormon missionaries where Jesus was born didn’t you? And they told you in Jerusalem. But the star is leading to Bethlehem? Little Wonder why we will be about 2 years late. 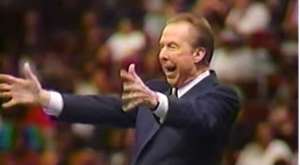 This is John Osteen, Joel Osteen’s father. He was once a Baptist pastor but his congregation asked him to leave because he began teaching the sign gifts. That’s when he started Lakewood church. He was a close personal friend of Kenneth Hagin and was preaching the signs and wonders gifts even before Oral Roberts. Unlike his son he did preach Jesus Christ but he failed to recognize that Jews request a sign from 1st Corinthians 1:22. He wanted the spectacular in his church. By the way did you know that Joel Osteen has no biblical training? If you heard him preach you know what I am talking about. His father was big in the signs and wonders movement. There was enough of Hagins Council that caused the Elder Osteen to err in his theology. Unfortunately both Osteen’s have led many people astray.

I am going to be looking at three cases of generational pastors. The first was a surprise as in 2017 Fred Price Jr resigned from the church due to personal problems. In the beginning he was following in his Father’s Footsteps. I always thought a pastor was a called out position by God. But in all three of our cases Ministry is handed down to the son. There are many more besides these three cases. John Osteen was followed by Joel Osteen and both are part of the word faith movement as are the Price’s. Joel Osteen was a little more reluctant to take up the mantle. When his father died, Joel had to groom himself for Ministry in a hurry. I can never believe that Joel Osteen was called to the ministry by God. It was an inherited Ministry. Now on to case number three. I’m going to need a scorecard for this one. Robert Schuller senior passed down the ministry to Robert Shuller Jr. But when Jr started preaching biblical sermons his father fired him from preaching but he could still remain senior pastor. How can a senior pastor not preach? That made Jt resign. Then Robert Schuller senior hired his daughter to be pastor just before he was fired by the board of directors. Are you getting this all down? Then the Schuller’s lost the Crystal Cathedral. Now they’re at a new church with.Robert Schuller Jr’s Son preaching and his name is Robbie Schuller. He started on biblical grounds with no robe but less than a year after he started preaching, he now wears a robe and is doing possibility thinking preaching. Did you get all that? The latest is he has merged with the Presbyterian Church and the two are meeting in one facility. I think I prefer the called out preacher by God!