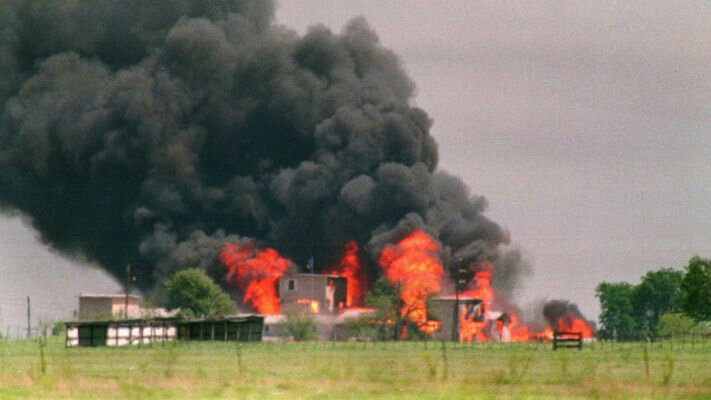 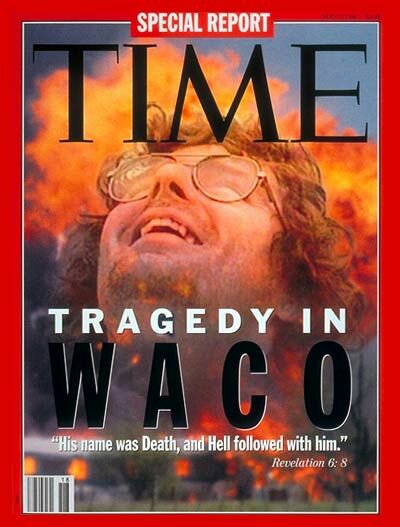 Who can forget the Branch Davidians? When I think of David Koresh, I sometimes think of David C Pack of the Restored Church of God and the similarities of these two men. Koresh was a self-appointed prophet and Pack a self-appointed apostle both with immense power within their organizations. The Branch Davidians met their end in a fiery Inferno in Waco Texas. The date was 1993 and it was watched nightly by almost every American. Koresh was by no means a Godly Man as he fathered children through the various women in his congregation. But Koresh knew scripture just like Pack does and both were and are obsessed with power. It was their way or the highway. 3 John gives us the name Diotrphes and he loved the preeminence which by the way is a name the Roman Catholic Pope uses. If anyone didn’t agree with him he was shown the back door too. So the Bible has an example of both David Koresh and David C Pack. It is interesting to note that the Branch Davidians waited for 3 days for the resurrection of David Koresh. He had told them that upon his death he would rise again after 3 days and they believed him. Just as David C Pack once told his followers that he was Elijah. Both man had illusions of grandeur. Pack lives in luxury in his own compound much like the Branch Davidian leader did. I wonder what would happen if David Packs leadership was questioned? Or if the government came in to shut him down? He says that no one understands scripture the way he does much like David Koresh did. There are differences between the men as Pack seems loyal to one wife but who knows when that could change? It is said he fired his own sister from the ministry. It is said that absolute power corrupts. Pack also has said that anyone who leaves his group loses their salvation. Yes he has the beginnings of a David Koresh. Let’s pray that he doesn’t have the same end. 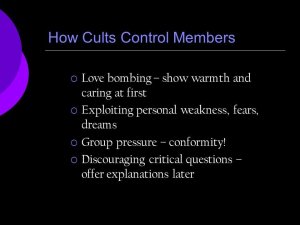 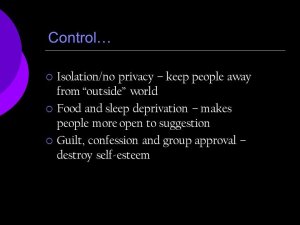 I would like to focus on the isolation aspect of this one. Many years ago David Koresh and the Branch Davidians kept to themselves until the very end. Everyone in that cults waited in the ashes of that compound that had been burned to the ground for David Koresh to rise from the dead 3 days later. It never happened and many left the faith after that. Koresh was a dominant leader to the point of being cruel but he had his followers under his thumb completely. Part of his tools was isolation from family and friends. The Church of Scientology operates much in the same way. Of course Scientology is not really a church. L. Ron Hubbard was a science fiction writer prior to his founding Scientology. In the premise of that cult was a science fiction Tale so incredulous that I’m surprised anyone believed in it. When your isolated from family and friends your mind is more fertile to cult brainwashing and sleep deprivation is another way to accomplish that. I will look at another technique in my next post.

There are under Jim Jones out there and Marshall Applewhites and even David Koresh. Groups like the Belgian Biblestudents do not want warning messages so things like this will continue to happen. I warn because of these things. I have asked the Bible students to read Ezekiel 3 + 33 but to no avail. They would rather have lovey-dovey talk that accomplishes nothing. Warning the body of Christ is essential to prevent Mass suicides and false teaching. 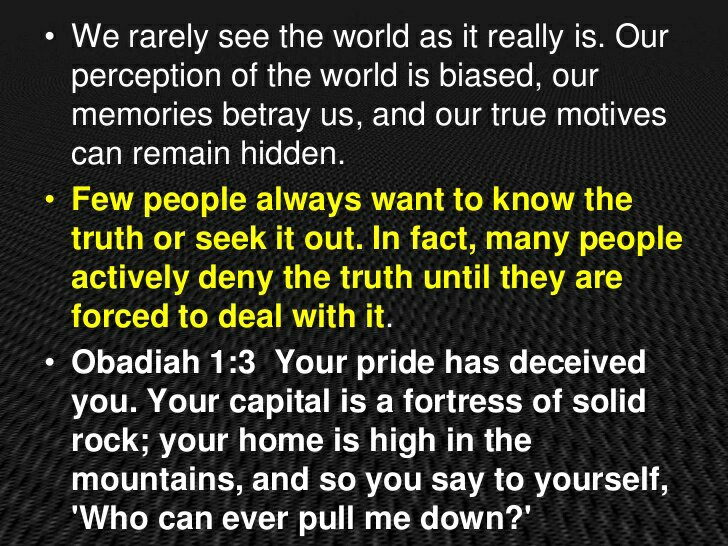 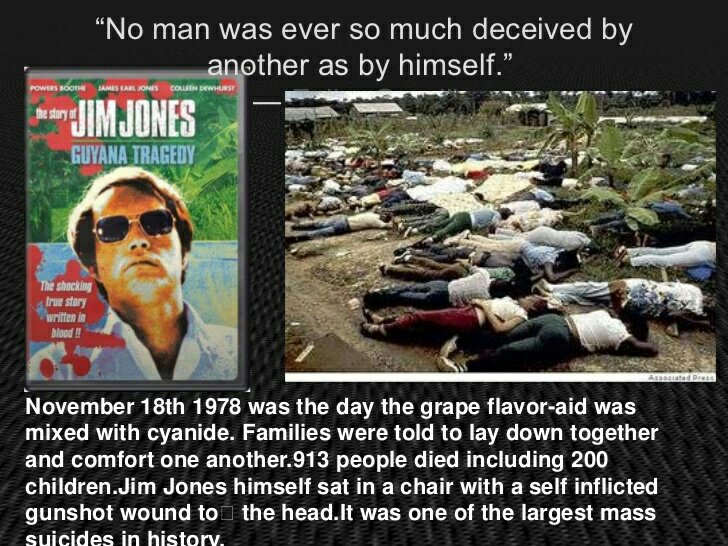