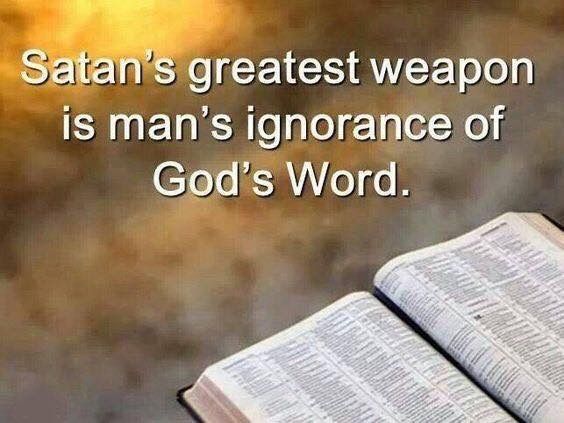 The video today will describe how the Mormons view the black race. One of their sacred works reveals that black skin people are a curse from God. You will hear that on this video and nothing could be further from the truth. Are the Mormons racists?Mormons and blacks

These statistics are from the Pew Research Center. Shahira law is Muslim law. If it were an active in the United States Roe versus Wade would be thrown out and homosexual marriage would be outlawed under the penalty of death. Shockingly the number of countries that prefer this abusive law are increasing. 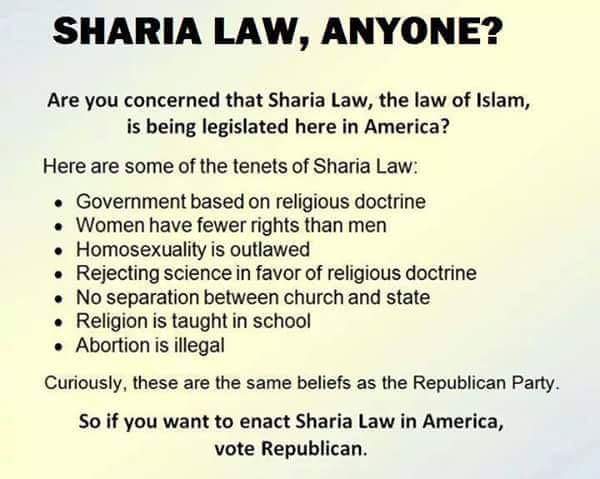 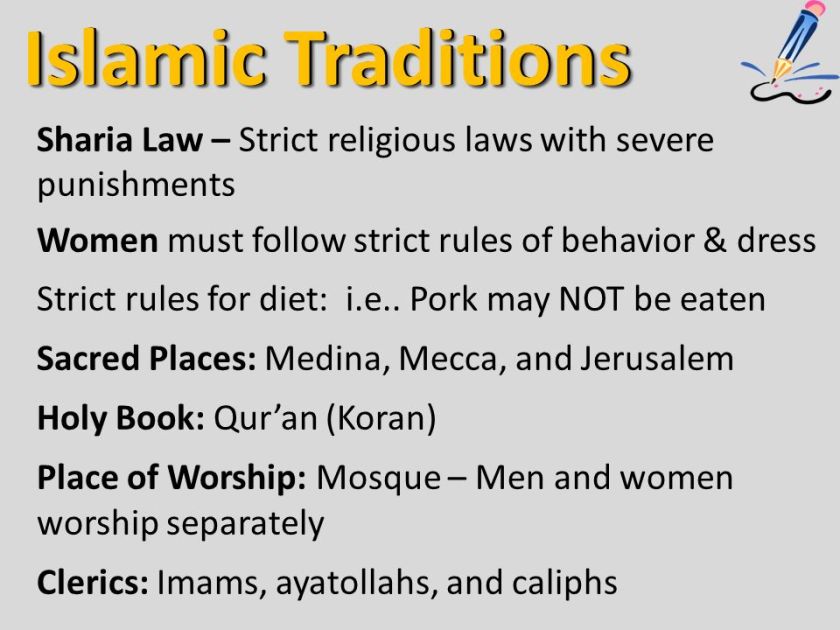 Are you aware that Dearborn Michigan is under Sharia law? Several other cities are considering it. It is usually found where a large percentage of the Muslims are present. You might find it interesting in the Japan does not allow Muslims to be citizens and they are the only country to do so.

What do you think of Shahira law?

This is a true goal of moderate Muslims if there is such a thing. They utilize population control to achieve the same goal as Isis which is Muslim Supremacy. This is the more subtle of the two and who is the master of being subtle only that of the devil.

The so-called moderate Muslims prefers a peaceful nonviolent Manner of conversion. Population control can seize control of government. It is a deceptive form of conquer.

An app description of a moderate Muslim is what we use in church regarding false apostles and that is a wolf in sheep’s clothing. That would be the perfect description of a moderate Muslim. I’ve said this before but I’d be real curious about where American mosque money goes in the collection plate? Does it in anyway go to support terrorist? We know that Saudi Arabia on the outside appears against terrorism while on the inside they financially bankroll it.

Thus there are two ways that Islam conquer and that is by the sword and population control and both means lead II Islamic control. 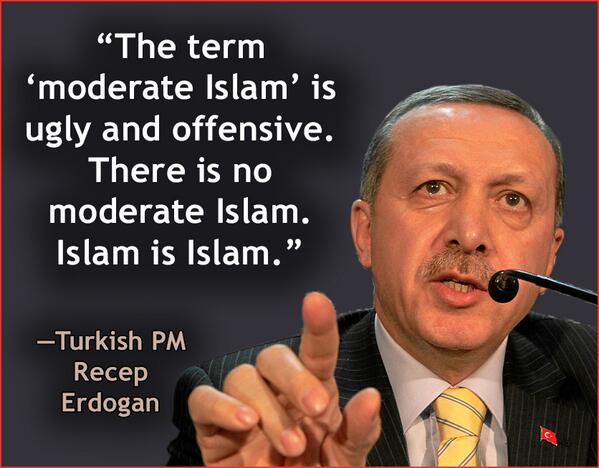 And the Turkish prime minister has it exactly right. Islam is Islam and always shall be until they ruled the entire Earth. 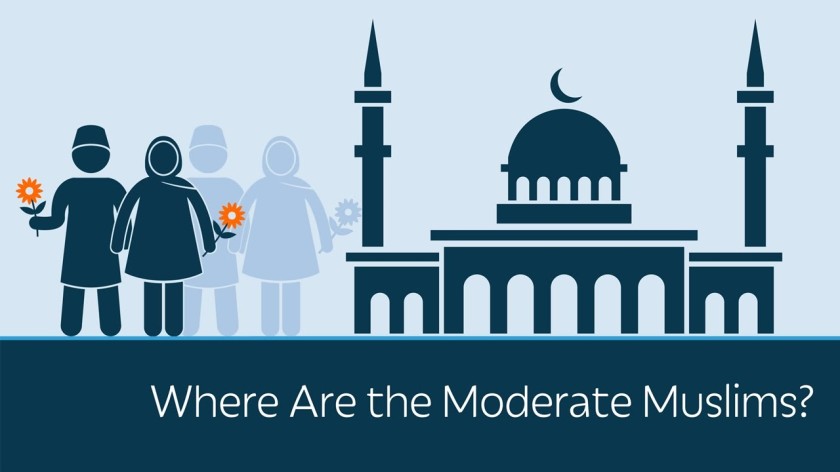 They are all around us doing the devil’s work while America’s spiritual foot is asleep. Domination through subtle control is the same as the goal of Isis. America had better wake up and smell the coffee before it falls on you and burns you. And Chrislam is another way to accomplish their goal by pretending to lead the blind to Oblivion.

A moderate Muslim in the United States might be one that on the surface appears to be peaceful. Jesus spoke of this kind of person and he labeled them a whitewashed tomb that appears beautiful outwardly. But Christ had more to say about that. Inwardly they were full of hypocrisy and lawlessness. Can one be a moderate Muslim and still obey the Koran? I don’t think so. Islam believes in conquering by the sword and by population control. I believe moderate Muslims will try to control various cities and countries by population control. Their ultimate goal is Shahira law. As I’ve mentioned before Dearborn Michigan is one of the first communities in the United States to now fall under Shahira law. London England elections are first Muslim mayor largely due to the heavy Muslim population in London. Minnesota has a Islamic senator and Minneapolis is heavily populated by Islam. Already the Trojan Horse is in play Within the Continental boundaries of the United States. Here they will have to conquer by the sword but instead by population control.

Taqiyya is a tactic used by moderate Muslims to achieve their goal. The Christian would know this is lying. Lying seems to be a religious duty of the Muslims and isn’t that strange? 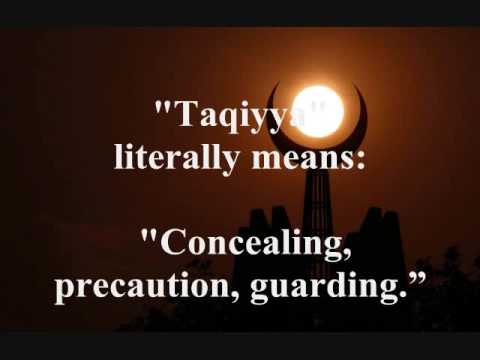 This is another usage of the Trojan Horse of Islam in the United States. Another invention is Chrislam which many in the United States view as an attempt by Muslims to show their good faith by uniting with Jews and Christians in a common cause. You might know that cause as deception. Imposters will grow worse and worse deceiving and being deceived. 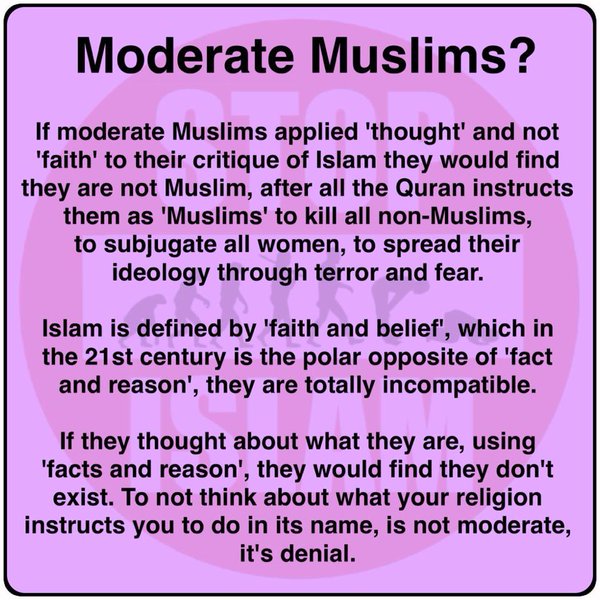 Do you understand with all this means? Rick Warren sure doesn’t nor does Joel Osteen as they have both met with Pope Francis to discuss Chrislam which this Pope also favors. You can tell how the surname Pope Francis is not only by this but the growing sexual abuse scandal in the Roman Catholic Church with children. I will continue this discussion in part 2. 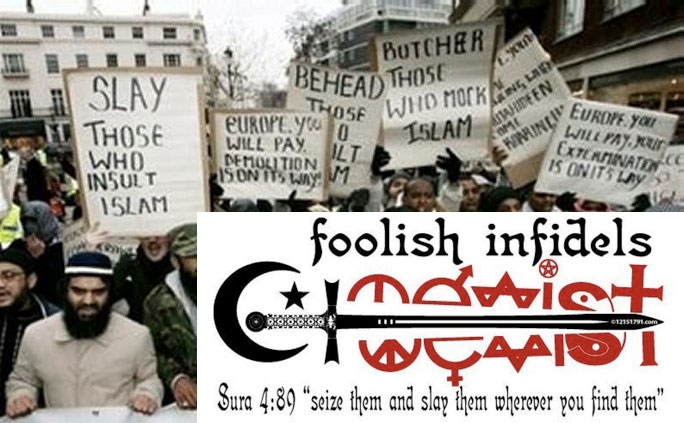 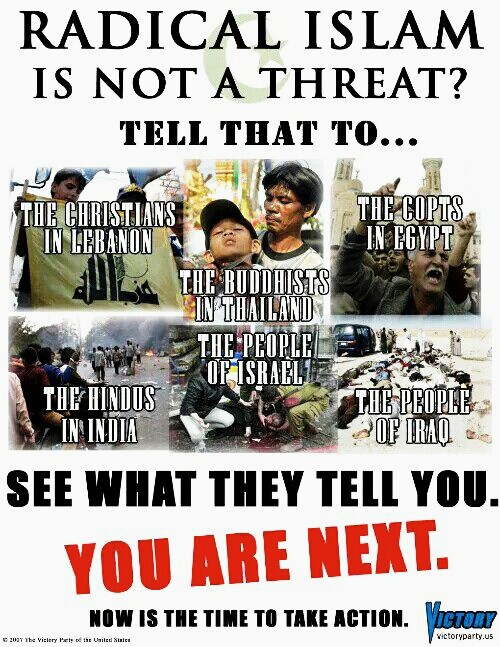 Where does all the offering money go from Islamic services in the United States? Saudi Arabia will not send troops to fight Isis and many have wondered where the money comes from that the terrorists have? Do the Saudis covertly Finance Isis? Do American Muslims Finance Isis secretly? I would be interested in a Muslim responses to these questions by way of a comment.

I have often wondered how moderate Muslims believe? In our previous post on video Muslims in Minnesota say they would prefer to live in Somalia. But what’s stopping them from moving there? Why are they still living in Minnesota which seems to be a launching pad for Isis members. Even the senator from Minnesota is Islamic. Are moderate Muslims the Trojan Horse of our era? There are a great many questions about Islamic people in our country. Do they support the war against radical Islam? The Qur’an’s teachings are very much like radical Islam. And where does the money go that mosques collect? I have presented a lot of questions here but where are the answers? Think about that.

Attraction can often lead to lust. For the Roman Catholic sexual abuse priests and Bishops the only feasible option now would be to turn them in to authorities. The situation has gone way too far for any other course of action. When Cardinals or Bishops passed around offending priests they did not try to get them any special help. Instead they knew they would repeat the offences again and against innocent children. The Roman Catholic church has done nothing to protect their children. The leaders of the Catholic Church have failed the children of the church and instead Protected Their Own. That is Despicable Behavior. How can Roman Catholic Church congregations ever trust them again? The Bible says that a spiritual leader Should be the husband of one wife, we were over his household, I have authority over his children, and be a good example to those outside the body of Christ. Catholic priests fail On all points.

The sad thing here is that fantasies were acted out. I would like to know how Roman Catholic parents are handling this issue? Why are you staying at a Church that abuses your children sexually? Authority might be asking themselves that very same question. And the tentacles of this sexual abuse reach all the way to the Vatican City. 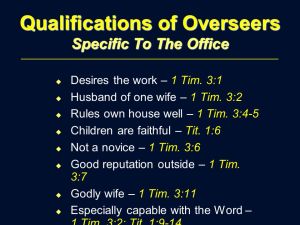 This is the only true solution to the problem and that is to end celibacy and demand that priests marry and even bear children. Only married priests should become clergy. Pray to that end will you?

My favorite prayer scripture is from 1st 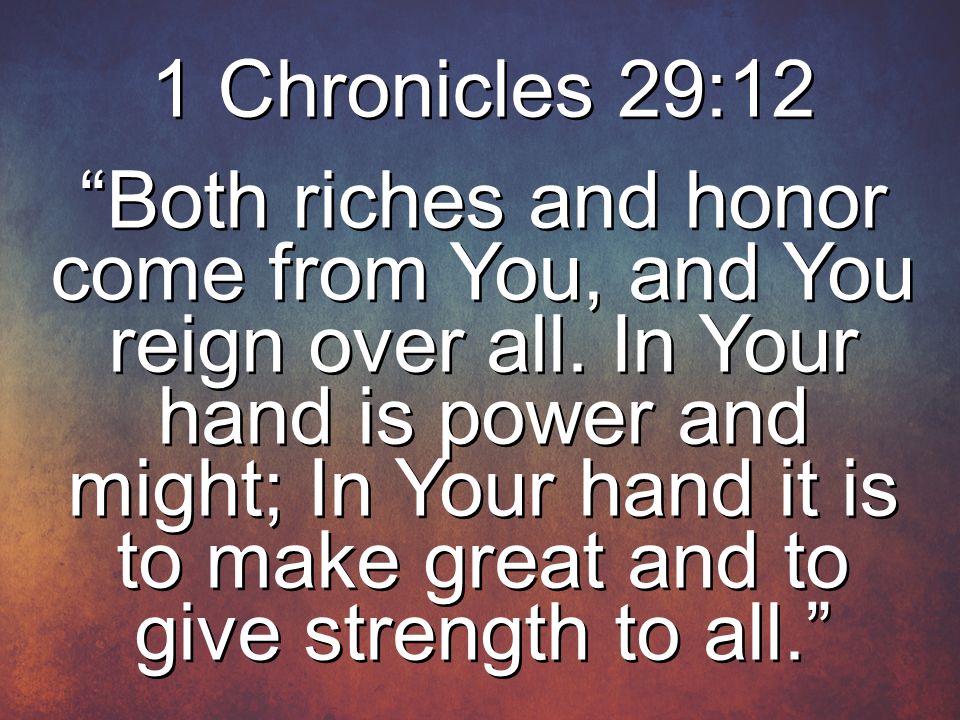 Chronicles 29:11-13. This part of the verse includes the five attributes of God. My favorite of the five is Victory. But thanks be to God who gives us the victory through our Lord Jesus Christ. The second section of the verse talks about how God is in control that everything comes from him. I pray this prayer often and I believe it is the precursor to the prayer that Jesus taught his disciples to pray.

This last section of the prayer offers God praise and thanksgiving. What a wonderful prayer.

depths of hell This video is about Lazarus and the rich man and will provide you with a good description of hell. 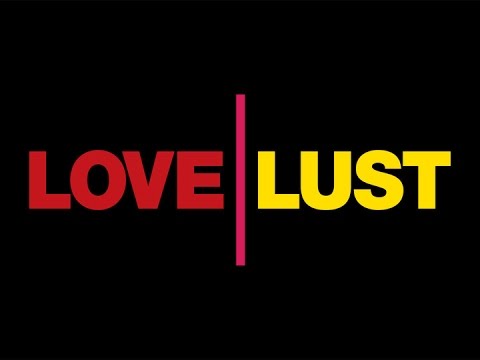 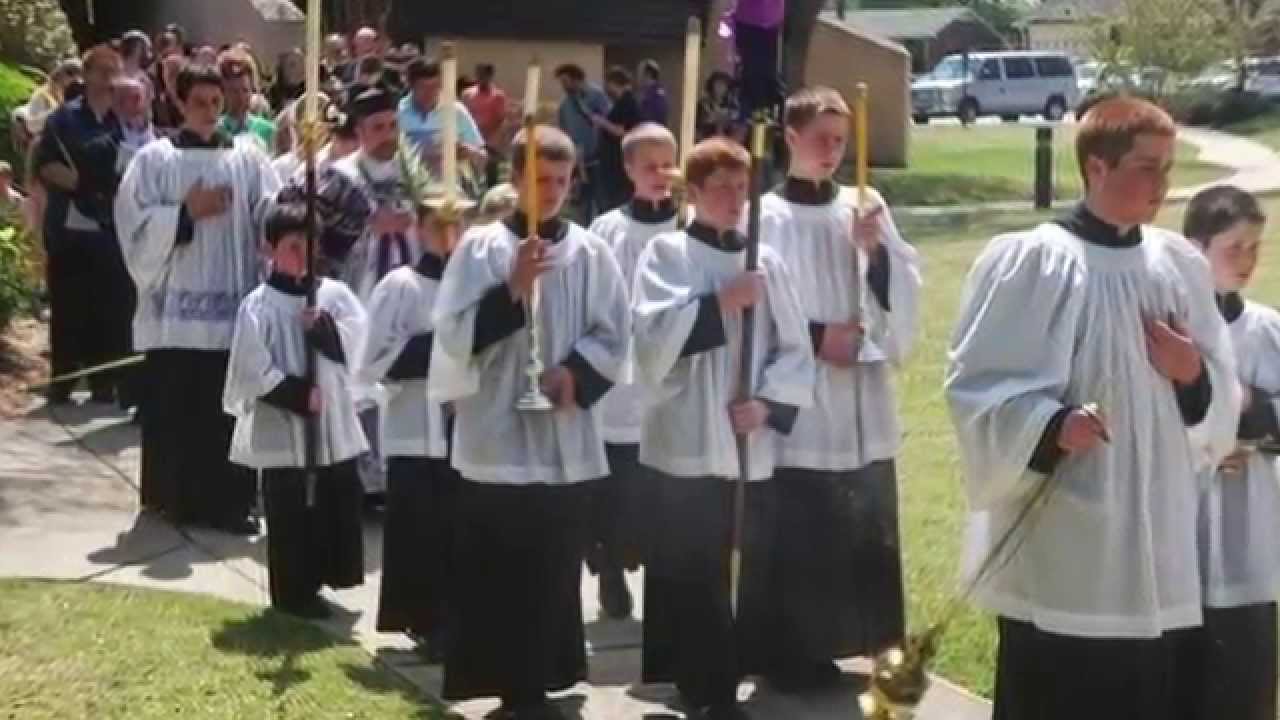 And who better to know them but their priest. Marriage would solve this issue or greatly cut down on it but that is not the only answer. Single men must be eliminated from the ministry with marriage a standard for all priests. Any infraction would be cause for dismissal. After all a qualification for a Biblical pastor is that they must have a good testimony to those who are outside and that they be the husband of one wife. The Roman Catholic Church could well learn from this scripture.

None of these things are fitting for a Christian and that means all Christians.

How do Catholic priests handle this statistic? This is the difference between love and lust. But there’s more.

These are choices that we make because of the lust That overwhelms us. The worst part of the Roman Catholic abuse is it many people knew about it but didn’t tell for whatever reason. And the hierarchy knew about it and covered it up protecting their own instead of the innocent children that were being abused. The children know this now and I’m somewhat surprised that more parents aren’t taking children out of the Catholic Church until something substantial is done about the problem. The lust cycle is hard to get off. Enticement is key. 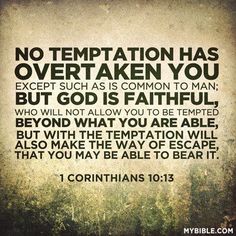 The way of Escape is Jesus Christ who is the Way, the truth and the life according to John 14:6. I will pick up there on part 3.

Bill Johnson of the new Apostolic Reformation has actually encouraged Wicca that they are on the right path and to keep going in that direction. Can you believe that? What Accord has Christ with Belial? That is found in 2nd Corinthians 6:15. Who in their right mind would encourage Wicca that they are on the right path? But then the New Apostolic Reformation goes well beyond what is written in Scripture. In effect, they can do just about anything when they ignore scripture. Johnson and his cronies are apostates. They are in League with the Devil. 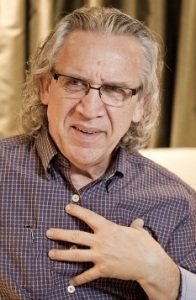 Maybe if I encourage Wicca enough they’ll show me some spells to make me the ultimate leader in the New Apostolic Reformation?

The verse above is from 1st Corinthians 15:30. How would you answer that question?

Because Alex Trebek took away all the chairs.